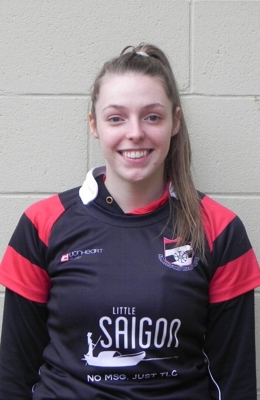 What is your favourite rugby memory on the field?
One of the first trainings I came out to, Yuka told me my new name is now "Ernie" and then broke my nose by kicking it.

Favourite Rugby memory off the field?
The whisper of "Williams Lake" should say enough.

What is a memorable game you have played in? Why was it memorable?
The most memorable game would have to be going on a road trip with 13 players against a big team. The pure heart and determination each of us showed was what allowed us to come out with the win for ARFC.

What player of the ARFC do you love to watch play? Man or Woman
I really love watching Jerusha on the field. Her ability of quick thinking and pace makes for a huge impact each game.

Why do you enjoy being a part of the ARFC?
The members in our club are some of the most welcoming people I know. Joining the women's team with barely any rugby experience I was nervous on what to expect. I immediately felt like I was a part of the team and my skills quickly grew in such a positive learning environment. The social aspect of the club is awesome and has introduced me to such quality network of people.

Any goals for the season?
Goal for the season is to help this club win a championship, however I can. Everything else will take care of itself. 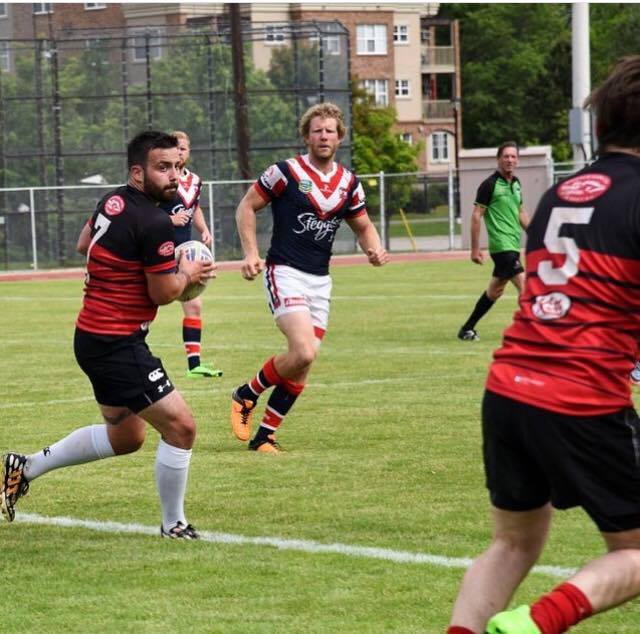 Tell us about yourself. Where did you grow up? How did you end up playing at the ARFC?

I grew up in Ontario. I’ve followed work from there to Banff, to Edmonton, Cold Lake, and now to here. I was looking for friends and an excuse to stay in shape. ARFC has a fantastic reputation for being a great club, so it was an easy decision to show up at training. The lads helped me make everything work from there.

Tell us about your previous rugby playing experience?

This is my 12th season, which feels like an entire career to me but is probably still pretty new out here. I didn’t start playing rugby until I was in college, played a season in Banff, then Cold Lake. I’m still learning new things about rugby every time I step on the pitch.

What is your favourite rugby memory? On/off the field?

My favourite rugby memory on the field... there’s so many, honestly it’s tough to pick just one! But if I had to choose I would say my first win as a player-coach with the Penguins in May 2016. The weather was horrible, rain, wind, hail, thunder and lightning and it was a dogfight right to 80 minutes. We held them off and managed to get the win by 2, I’m pretty sure. I was so proud of our lads and how they conducted themselves. Off the field... I shouldn’t post it publicly but I’ll tell you if you come find me

How are you finding the first few months of rugby at the ARFC?

So far the club has been excellent to me. Everyone has made me feel welcome and I’ve made great friends already. Everything I heard about ARFC has been true so far and I’m happy to be a part of it. I’m looking forward to lots of happy years here.

Any goals for the season?

Goal for the season is to help this club win a championship, however I can. Everything else will take care of itself. 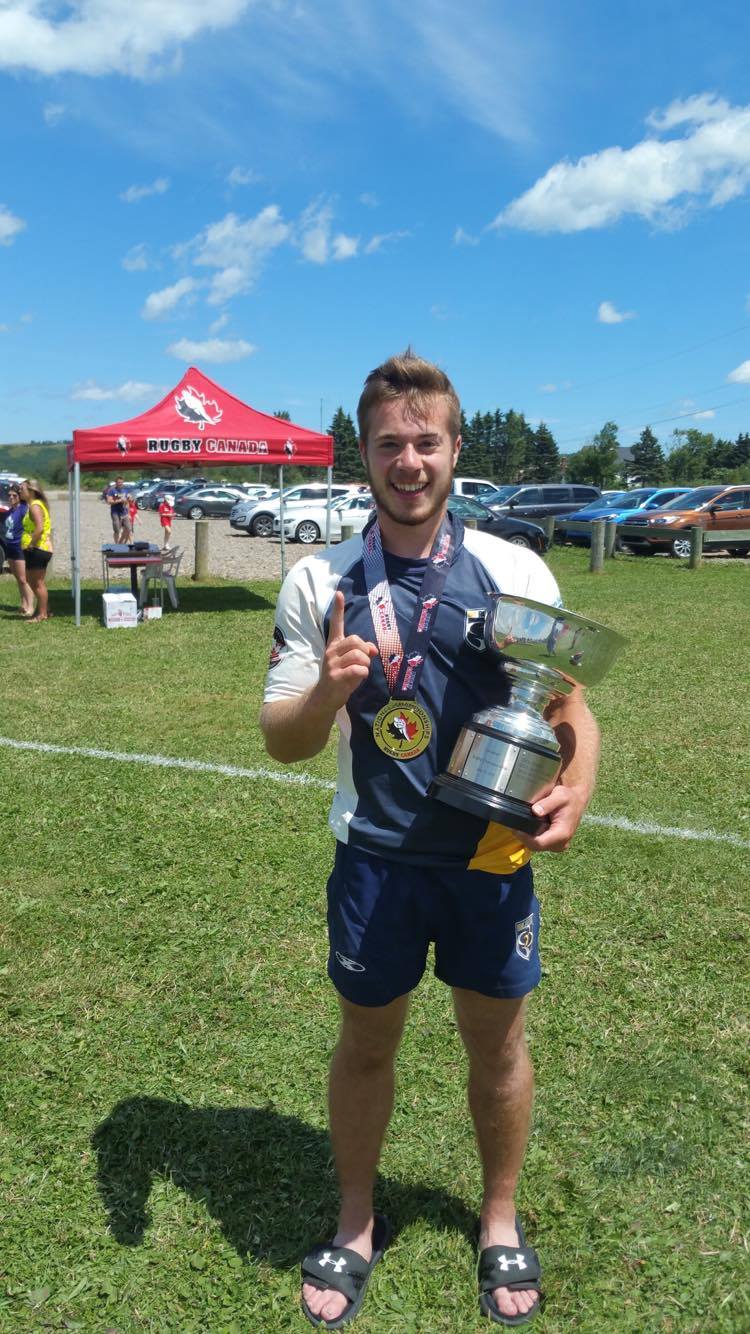 Tell me about your hockey career?

"I played hockey all throughout school, used to really love it. Tried to make the jump to junior hockey but I had bad experiences with teams two years in a row, and I really wasn't enjoying it anymore so I was done. Still play men's hockey occasionally, and I switched from goalie to forward."

Why did you decide to continue playing rugby after high school?

"I really enjoy sports, and I've always wanted to play a sport for a university. After I realized Hockey wasn't going to get me there I went to rugby. I really enjoyed rugby during high school, and I was coming off having the best experience I'd ever had with a team for any sport."

"It was a blast coaching at Mouat. I was able to coach with JD Paul who did a very good job. I was able to coach the senior team, which was made up of a lot of guys I'd played with the year before and my brother, who was an excellent captain and a real treat to coach."

How did your first men's season with the ARFC help your game?

"My first season with the club made a huge impact on my defensive game. I was always way more of an offensive player in high school, but when I played my first game at div 2 (then playing div.1) I really did not want to miss a tackle. When players are a lot bigger and stronger than you, you really have to be committed to making the tackle and doing the technical parts correctly."

What was your favorite moment or moments from the National Tournament?

My favourite moment had to have been getting to play the entire final game, and winning that gold with the team. They were a great bunch of guys, and similar to the ARFC, we had a great culture and a real good bond as a team, which made it so much better to win. Like I knew no one on the team, and they made it so I fit right in which was awesome."

Any Goals for the coming season?

"Next season, I'm planning on playing for the ARFC for the first half, then moving the island to start at UVIC. I'd really like to be one of the key backs on div.2, maybe even sliding in at 13 when Josh Long heads out, and then also getting a couple games at firsts."

"I would really just like to say a big thank you to Tyler Adams, Doug Primrose, Khaene Hirschman and the club for the financial support and encouragement that I got for the trip. Was a huge boost for me and it's just a huge pleasure to be part of such a great club." 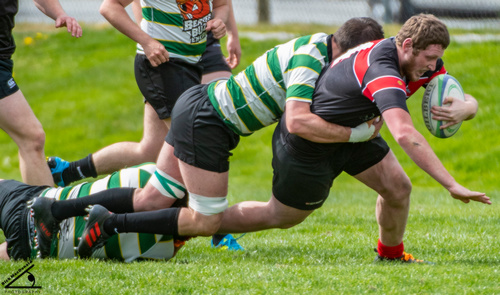 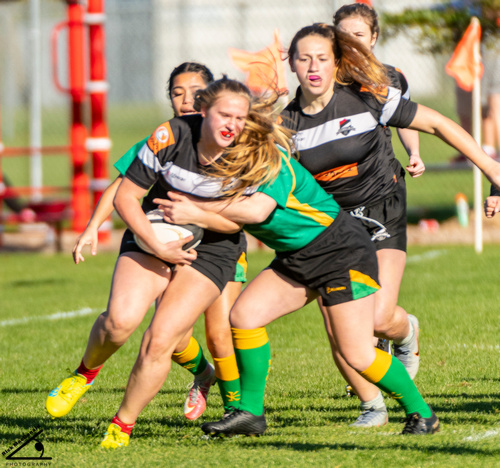 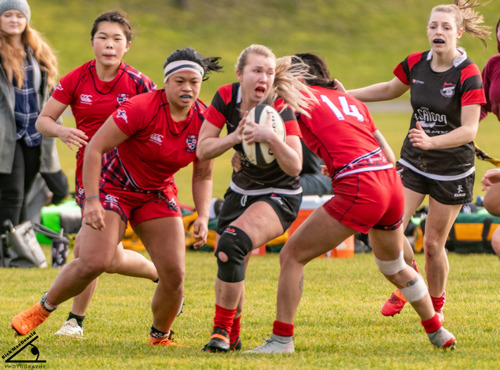 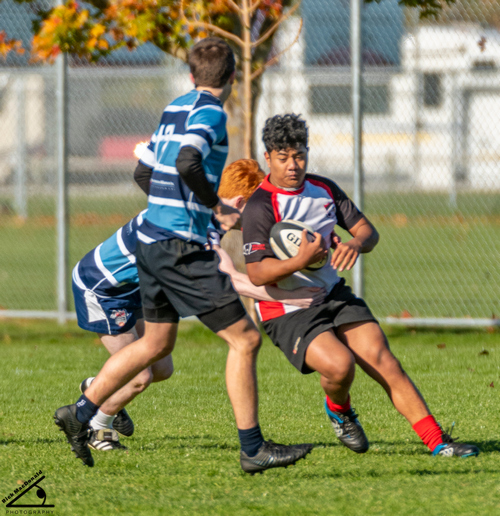