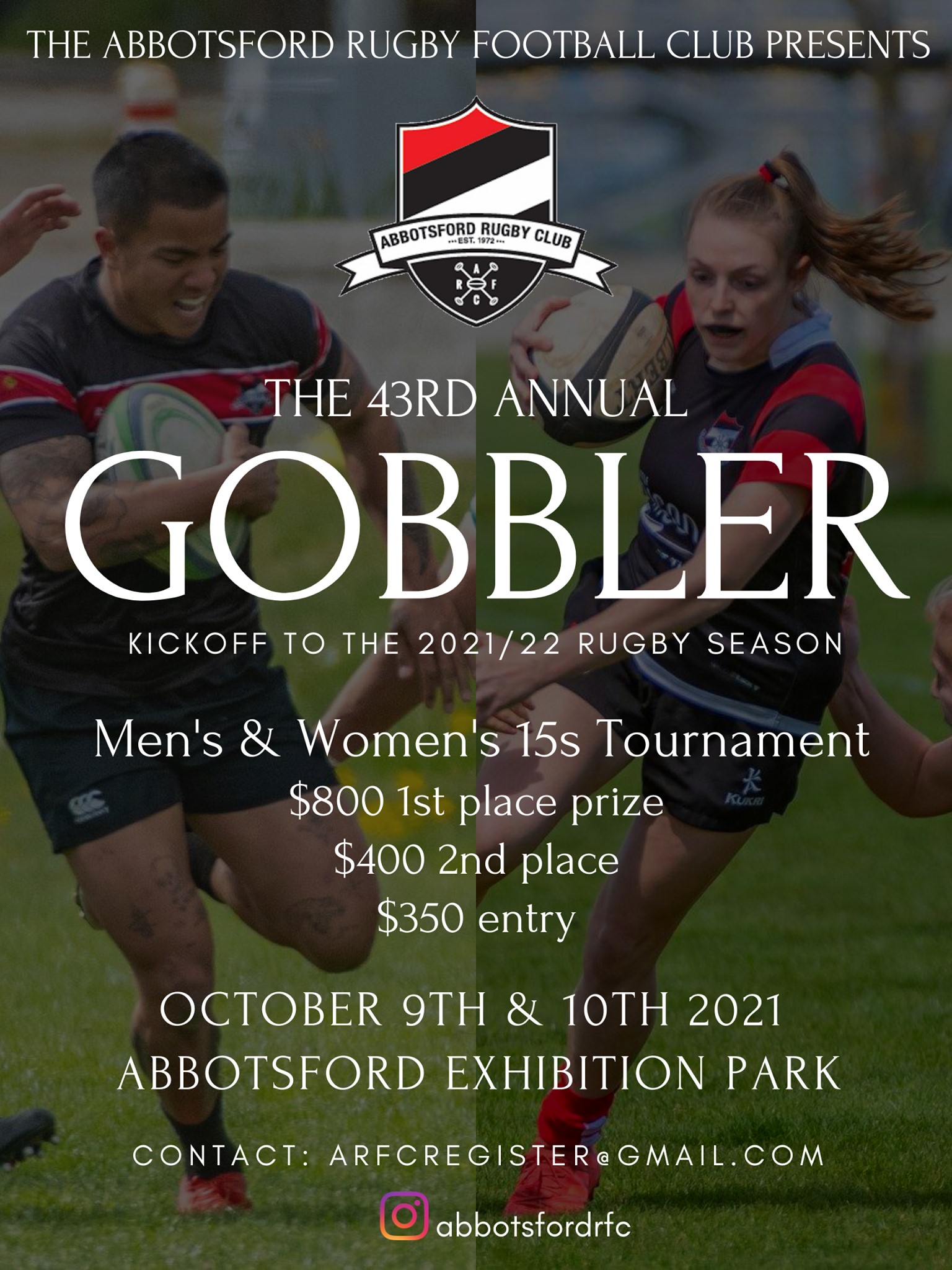 The Gobbler Rugby Classic is a tournament that happens every Thanksgiving weekend in Abbotsford at CFV Exhibition Park. The event began in 1977 and in its early years, was held at McMillan Park with a beer garden in the lacrosse box (now replaced by a rec center). The tournament now takes place at the four fantastic fields at CFV Exhibition Park with a covered sideline beer garden that pumps out tunes and good times all day Saturday and Sunday.

Originally the tournament involved teams primarily from the Fraser Valley competing for a variety of prizes, including the coveted live turkey that was awarded to the winning team. Expectedly, animal rights activists expressed their discontent with this award, and cash prizes are now given out, as well as an award for the top social side. The tournament now includes teams from all over the Pacific Northwest from the US and Canada.

The Gobbler Tournament is also famous for its Saturday night dance, featuring a live band and an annual theme. At various points throughout the history of the Gobbler, the dance has attracted over 2,000 patrons for the evening event and has seen many big names on the stage. There is also an elusive myth about an infamous beer slide that brave participants have endured at the close of the night...

When: October 9 & 10
Where: Exhibition Field and ARFC Clubhouse

Email: This email address is being protected from spambots. You need JavaScript enabled to view it. for registering your teams

Games will be going on all day Saturday, including a Father & Son game. 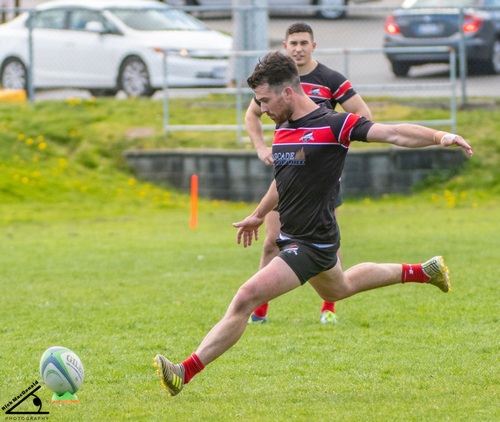 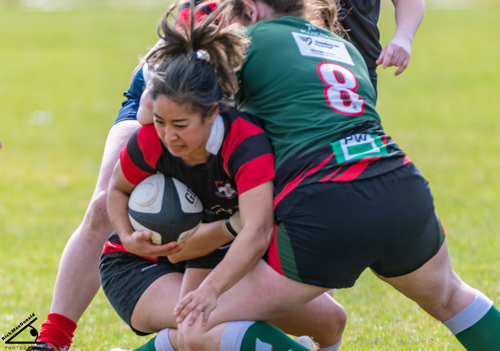