ARFC note: Congratulations to the ARFC u16 girls team for their dominant win in the provincial finals.  The u19 girls came up short in their final against a strong combined team from Victoria.  Thanks to all our coaches and volunteers for helping out this season.  Special thanks to Deanna Barker and Wade Perry for their outstanding efforts putting together such an excellent ARFC girls youth program.

Cowichan, BC – December 2, 2018: The 2018 BC Rugby Junior Girls’ Club titles were decided during an exciting day of competition held at the Cowichan RFC pitches. Abbotsford RFC walked away with the U16 Title while a fusion of South Island players, playing in Castaway Wanderer’s colours, lifted claimed the title of U19 champions. While hosts Cowichan weren’t competing in either final, they had plenty to cheer about as their U16 Girls’ team put in a dominant performance to win their third-place match.

Women’s rugby pioneer and former captain of the Canadian Women’s National Team, Steph White, was on hand to make the presentations in the glow of the late afternoon sun, complimenting all of the teams on their impressive efforts on the pitch. BC Rugby Development Officer and Head Coach of the Elite Youth Sevens Girls’ Program, Darcy Patterson, summarized the day’s action for us:

Playing with home-field advantage, Cowichan were determined to give the gathered spectators plenty to cheer about. With the sidelines packed with parents, grandparents, siblings and friends, they took to the field. Their opponents, a composite team of players from the Tri-cities, Pitt Meadows and Maple Ridge areas on the Lower Mainland were eager to get underway, both teams keen to play attacking rugby. Cowichan got off to the better start, showing their dynamic game style and building a comfortable lead. Cowichan proved to be a handful in all areas of the game, but they were at their most deadly when their wingers got up to full speed. To their credit, their mainland opponents didn’t give without a fight, digging deep and eventually exploiting some weaknesses in the Cowichan defence. Ultimately though they were no match for the home side who claimed a comprehensive 67-10 scoreline at the final whistle. Standout performances on the day came from Cowichan’s Jaxon Baker and Macey Weibe, while Kianna Steel shone for United/Ridge Meadows. All credit to the players on both sides for delivering in such an entertaining and passionate game of rugby.

This was always going to be a good matchup, both Abbotsford and the West Bays (Westshore & James Bay) were top of their divisions, winning their semi-finals convincingly. The West Bays started the game strong, challenging Abbotsford to defend hard. Abbotsford claimed the first points of the game but West Bays fought back to take the lead. With strong runs from Delaney Woods and Phoenix Skailes, the West Bays were relentless in attack and made their opponents work hard. However, as the game progressed, the Fraser Valley side proved to be highly effective at the breakdown, stealing a number of turnovers and unleashing the raw speed of Lucie Romeo on the counter-attack, the young number 12 catching the attention of many spectators as she notched up three of Abbotsford’s four first-half tries. Despite chasing the game, West Bays never gave up and played with real intensity right to the final whistle, the contest feeling much closer than the eventual 35-17 scoreline. The skill and energy on display in both of these matches were a testament to the growth in the overall level of play at the U16 level in BC.

The positivity and respect shown by all the players across the two U16 matches was exemplary, a fantastic advert for all of the things that make rugby such a great sport.

A rematch of the 2017 final was on the cards for the U19 division with a number of returning players on both sides. It was notable that the level of rugby being played in this year’s final had taken a real step up, both sides showing greater tactical, technical and physical ability on the pitch. One thing was clear, both teams came to play good rugby.

The first five minutes showed possession going back and forth, some strong defensive play by each team as they sized each other up. It wasn’t until a line break by CW’s Chloe Hill-Huse that the first sign of advantage started to show. The South Island team took the first points of the day and with them, a slight psychological edge over their opponents. This seemed to be a tipping point for Castaway Wanderers, galvanizing the team as they stepped up a gear. Abbotsford fought hard, their pack making some high impact charges and rattling CW’s defence, but unable to convert territory into points despite some excellent attacking plays from the young side. The South Islanders, playing with extra confidence, racked up several scores without response and build a comfortable lead. Come the second half, Abbotsford managed to claw back some points of their own with two well-worked tries, but CW were still in control of the fixture. The action kept going right to the final whistle, but in the end, Castaway Wanderers sealed a clear 45-10 victory, retaining the title from 2017.

It was amazing to have former Canada Captain Steph White in attendance handing out the awards. Steph continues to be a trailblazer for the woman’s game and has paved many roads for these young players to follow. To have her involved in the presentation was very special. Steph has continued her work in woman’s rugby and helped spearhead the Monty Heald Fund that eliminated pay to play for the Canadian Woman’s XVs program. Many former stars of the BC Junior Club system received their first caps on Canada’s the most recent tour to the UK this November, including Tausani Levale and Mackenzie Carson. Hopefully, some of these young athletes from this weekend’s action go on to wear the Canada jersey one day, without having to pay to do so! If we want to keep it that way support the Monty Heald Fund – Click Here

BC Rugby would like to extend thanks to the Cowichan Rugby Club for hosting the event and a special thanks to Sherry Spence all of the assistance she provided. Thank must also go out to all the coaches, managers and parents who make these opportunities possible for these young women, not just on finals day, but across the whole season. 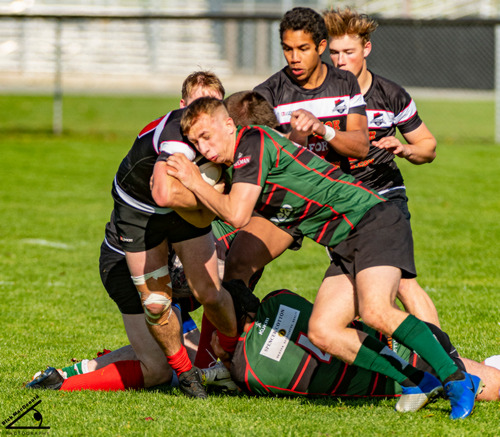 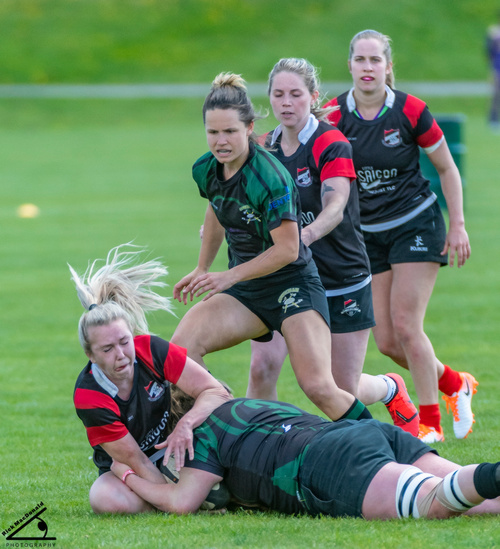